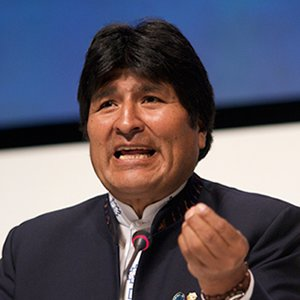 spoken out by if No comments:

Hey you! The Atheist! Come out for the contest!

Would you like to tell your story and get some amazing books? We want to hear your stories and give you amazing books in return.
As the Out for Beyond team we decided to organize a small atheist contest. Our subject is: How did you become an atheist or how did you realize you were an atheist?
The first 5 atheists who send essays will receive one of the following books of Richard Dawkins, depending on her/his own choice.

There is more! We will share one (maybe more!) essay(s) that we select among the contestants here in our blog. And the author(s) will receive not only the three books above, but will also get one of the two sets of books below. English or Turkish set of books will be the author's choice. Waiting for your essays, friends !

Oh my Zeus, did you hear that Garajımdaki Ejder is also one of the judges of the contest? Yes, the one whose videos and posts we are mad about !
Details:
You have 2 weeks to send your essay (Deadline: 29 September 2011). The evaluation will take another two weeks and the results will be announced on 13 October 2011.
We may post the selected essays anonymously if you'd prefer that.
Length doesn't matter.
You can send your essays to outforbeyond.yarisma@gmail.com .

* The image is taken from the Atheist Out Campaign of the Repolitical Movement.
spoken out by Ege M Diren No comments: 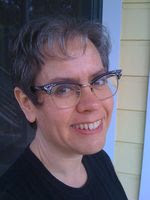 There is an incomprehensible discussion on how to respond to the laws and regulations banning or restricting the wearing of religious symbols in certain public spheres. As is the case for most of the discussions on religion; once the question is put incorrectly, it is almost impossible to reach to a true conclusion by rational reasoning.
I will not waste my time by arguing against those who think that religious beliefs should be respected and that they deserve an infinite tolerance. However, even some of the most radical atheists such as Richard Dawkins falls into the mistake of equivalencing religious beliefs with personal opinions. I fully understand Dawkins' strategy when he aims at eliminating the undeserved privilege of religions, but this he does in a somewhat slippery zone. My aim in this essay is not to criticize Dawkins' arguments; Dawkins' arguments can only trigger productive discussions in the atheist community but no essential disagreements. I will instead try to improve the atheist argument against religions and their immunity.
As mentioned in the introduction, one should first put a question correctly in order to find a proper answer to it. I insist that we should start by elaborating on what religion is.1 What is Koran; a collection of ontological and epistemological arguments that pop up in several million people's minds, or an embryonic constitution of a first age empire? What is Christianity; a system defining ethics and morality for humanity, or the ideology of the Roman empire formed around the 4th century? Nonreligious people who analyze concepts with a historical method – such as the author of this essay – prefer the latter explanations. (A tremendous amount of powerful arguments against religions are still at hand even when one chooses a the former ones, though.2)
Several people think that their nation is a priori superior to other nations. This is not only an unacceptable opinion but also a very dangerous ideology that occurred around three centuries ago. We know how nations were constructed during the development of industrial bourgeoisie in Europe. We know how the idea spread around the world, and most crucially, we know it is not a simple personal view, it is a political stance (with a very heavy historical load, indeed) which in certain cases may encourage people to assassinate or at least discriminate against other people - or at the worst case to make soaps out of them.
Nationalism is a historical phenomenon, so are religion, patriarchy, homophobia and many other social problems.3 And there is a method called historical materialism that we use when studying social phenomena. Seeing religion as a “personal belief” instead of an “ideological choice” is anti-Marxist. For some centuries, religion has had a strong ideological hegemony; henceforth “the ideas of the ruling class are in every epoch the ruling ideas, i.e. the class which is the ruling material force of society, is at the same time its ruling intellectual force.”4 Unaware of this historical burden, thinkers may have fallen up to now into the fallacy of seeing religious beliefs as something outside of the political sphere. This attitude should be abandoned in order to be able to comprehend what the religious leaders and conservative politicians are aiming at.
To believe in allah is to support some version of the ideology of an Arabic empire founded in 7th century. Nothing more, nothing less. To have faith on the ten commandments is to defend the social envisagement of an Egyptian tribe that existed some 2500 years ago. Nothing more, nothing less.
Prayer calls are political slogans repeated five times a day. Sunday worships at the church are political meetings. The pope's public speeches are political demonstrations. The Old Testament is no better than Mein Kampf.
There can't be enough repetitions of this: Religions are ideologies. Religious beliefs are ideological choices – whether due to conscious decisions or strong propaganda. Accessories, tattoos, posters, knickknacks and dresses are expressions of the wearing persons political stance. They are political symbols. The question is about what kind of an ideology they are representing.
Certain ideologies are considered to be against democracy: Racism has no right of expression, it is defined as hate speech and is considered a crime. Fascism has no right to associate because it aims at the destruction of all other associations. One cannot publicly defend slavery; even if she/he is not a member of an organization that defends slavery, it is still a crime against human dignity to promote such an ideology.
Most religions have a history comparable to the above mentioned ones; child abuse, massacres, homophobia and circumcision of women just to name a few.
Religious people should not defend their wearings by asserting that it is a religious symbol. This is awkward. They should instead prove that their religious institutions are not against the wellbeing of humanity. This is of paramount importance; as in the example of slavery in the above paragraph, it is not enough that they claim that their own personal interpretation of a certain religious belief is not dangerous, they must indeed demonstrate that the religious institutions that their wearings symbolize are humanistic at the least.
I believe it will turn out to be a very difficult task for the Jews, Christians and Muslims. Perhaps this is why they insist on a dogmatic immunity condition for their views; who knows...
1 I restrict my attention to the three Abrahamic religions, but, as the reader would see, all my arguments apply for many other religions - at least one thousand other religions I am aware of.
2 My favorites for this are the two amazing books The Impossibility of God and The Improbability of God. The editors of both are Michael Martin and Ricki Monnier.
3 It is hard to exaggerate the analogy between nationalism and religions; and perhaps this analogy is the best way to explore the functioning of religious institutions in the society.
4 Karl Marx, German Ideology, 1845.

spoken out by Ege M Diren No comments:

Important news and articles on other websites