spoken out by Ege M Diren No comments: 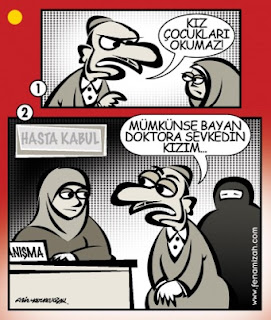 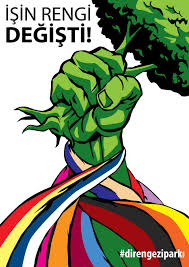 The original of this article, titled “L'alchimie de la Mayonnaise”, was published in French in Rouge & Vert, the newspaper of Les Alternatifs, on July 11th, 2013. It was written on June 23rd.

It starts with a camp to prevent the destruction of a public park in the middle of Istanbul which is attacked by the police. The number of protesters multiply, police attacks again. In a few days, one hundred thousand people are on the street, pushing police barricades at 2:00 am. In a few days, protests multiply once again; solidarity demonstrations are held in hundreds of towns. 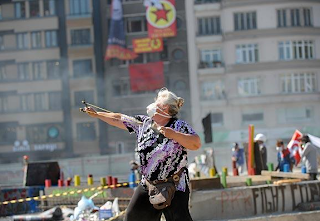 How did this happen? How did hundreds of thousands of people started chanting “Pepper gas ! Hooray !” in front of water cannons? How did we manage to make a human line of 300 meters in İstiklal street, carrying stones and such to our barricades? (In fact, two parallel lines.)  Did anyone of us imagine that it would be possible to hear hundreds of people in the ferry chanting “Our path is the path to revolution, come brothers and sisters, come ! Our country is filled with fascists now, charge brothers and sisters, charge !”

This article tries to give a partial answer to the above questions. It will be partial, because it will not include the real reasons behind people's anger. It will not analyze the unlawful practices of the government that keeps thousands of political prisoners in jail waiting for their accusation documents to be prepared. It will not analyze the Kurdish issue, the Alawite issue or the Armenian issue. It will not analyze the imperialistic policies of the AKP government with respect to Syria. It will not analyze how AKP declared war on all ecosystems through an integrated strategy combining GMOs, coal power plants, hydroelectric dams, nuclear power plants and giant urban transformation projects. Neither will it analyze the Islamization of the society and of politics through an extensive transformation in the education system, through bans and restrictions on alcohol consumption, and through sexist and discriminative discourse against women and LGBT individuals. It will also not analyze the violations of labor rights, prohibitions on the 1st of May celebrations, the systematic introduction of precarious employment or privatizations. 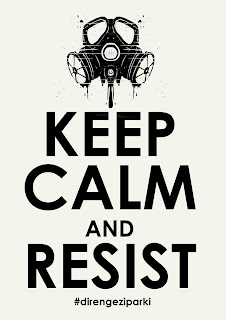 We exclude all the above mentioned items, because we think there is one essential point that could inspire the socialists and/or revolutionaries around the world.

We will call it the mayonnaise phenomenon.

Wikipedia states “mayonnaise is made by slowly adding oil to an egg yolk, while whisking vigorously to disperse the oil”. You should not add too much oil, because then you can spoil the mayonnaise. However, you should be very patient during whisking.

It is very curious to note that the best mayonnaise is obtained by patient repetition of a single act: slowly add oil while whisking. 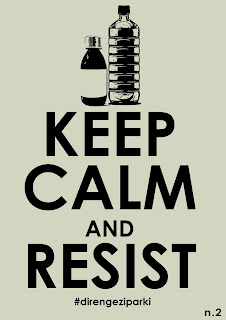 As any experienced cook would testify, this is not the same as being stubborn. You are following a recipe, you are not just repeating a habit. Moreover, there is a clear way of realizing that you overdid it: it becomes butter, and a very bad quality of such.

We were protesting the nuclear power plant projects. We were arrested because we published articles criticizing the government's oppressive policies. We were detained while speaking out against the strong introduction of religious discourse in elementary schools. We were attacked by gas bombs while blocking the highway in the direction of coal power plant construction areas. We were beaten by cops in our demonstrations against the government's Syria policies. 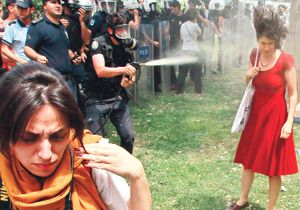 Socialists, communists, revolutionaries in Turkey were determined to fight for the emancipation of the society, to fight for a better world. We were always there, confronting the state apparatus in the shape of riot police and gas bombs, fighting for the rights of the people. Sometimes we were a few hundred people, sometimes thousands, sometimes hundreds of thousands. But mostly, hundreds.

A fascist state that cannot comprehend people's demands, that does not have the concept of negotiating with the opposition, declared war to its citizens. By June 21, Turkish Medical Association reported that 4 people lost their lives, 7836 got injured of which 60 are heavily injured, 101 had head traumas and 5 are in serious condition. 11 people lost their eyes and 1 person had his spleen taken. Add to this thousands of detentions and tens of arrests, continuing via police raids while this article is being written.

Yet the country was shouting the slogan: “This is just the beginning. The struggle continues.” The Turkish society realized its power.

We showed how revolutionaries are always on the front lines for the rights of the working class. On the other hand, we saw how the people was right behind us, providing anti-acid liquids for our eyes, providing shelter in their houses during police chases, shouting “Shoulder to shoulder against fascism !”, and spreading the word via photos and videos.

It was the mayonnaise effect in action. 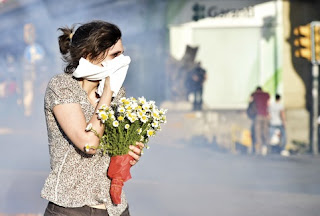 The wavelengths matched, and we became millions.

One may analyze the reasons, the dynamics and the consequences of the uprising in Turkey. One may try to figure out why the government never ever tried to soothe the protests, why the battle in Ankara still continues without a single day of cease fire since more than three weeks. One may indeed learn a lot about how fascism operates.

Important news and articles on other websites